Above: 1956, and the afternoon goods train negotiates Bockhampton Crossing before beginning its final climb to the terminus at Lambourn.

Bockhampton Crossing was the last of three level crossings on the line before attaining Lambourn. It was sited about a mile east of Lambourn and it was here that the B4000 and the rails crossed, as the line switched to the south side of the road before heading for the station site.

It was the only crossing on the line that included pedestrian wicket gates. There was also a crossing keeper's hut at the lineside. The gates were normally kept locked across the railway, so a junior member of staff would be sent from Lambourn on the station bicycle to meet every train. He would also be required to tend to the road and gate lamps as necessary. 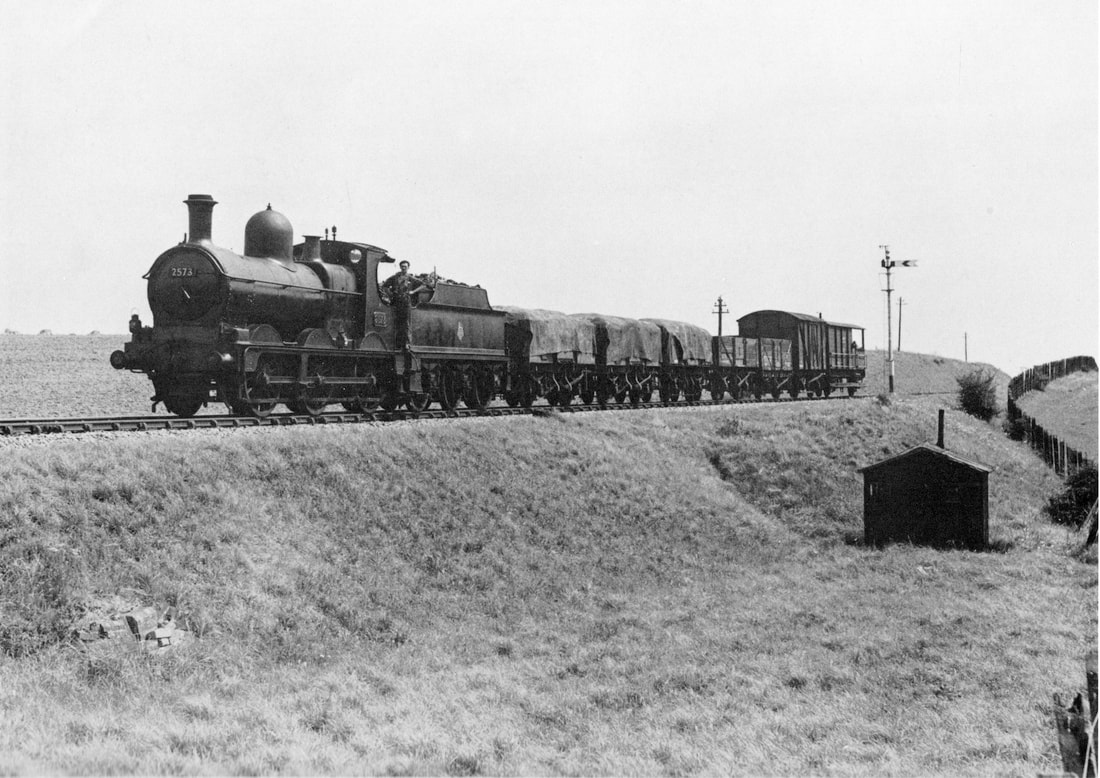 The driver of Dean Goods number 2573 poses for the camera just past the fixed distant signal, just before Bockhampton crossing. This daily goods train is a classic example of its type that trundled up and down branch lines all around the country, with its three sheeted open wagons, a couple of coal wagons and a brake van.
The brick-built hut sited on the Lambourn side of the crossing housed a telephone connection to all the manned stations along the line, powered by batteries housed in a cupboard at the rear of the hut.

There were no crossing-controlled signals; instead, standard fixed distants were provided. In the 'down' direction, this also served as the fixed distant for Lambourn. The fixed arm for the 'up' direction was in later years affixed to the same post as the Lambourn advanced starting signal, 715 yards from the crossing. One occasion after arriving early, the crew were discovered in the first compartment sound asleep. The gates were shattered on at least two occassions - all three sets along the line having been demolished by the buffers of the same engine. 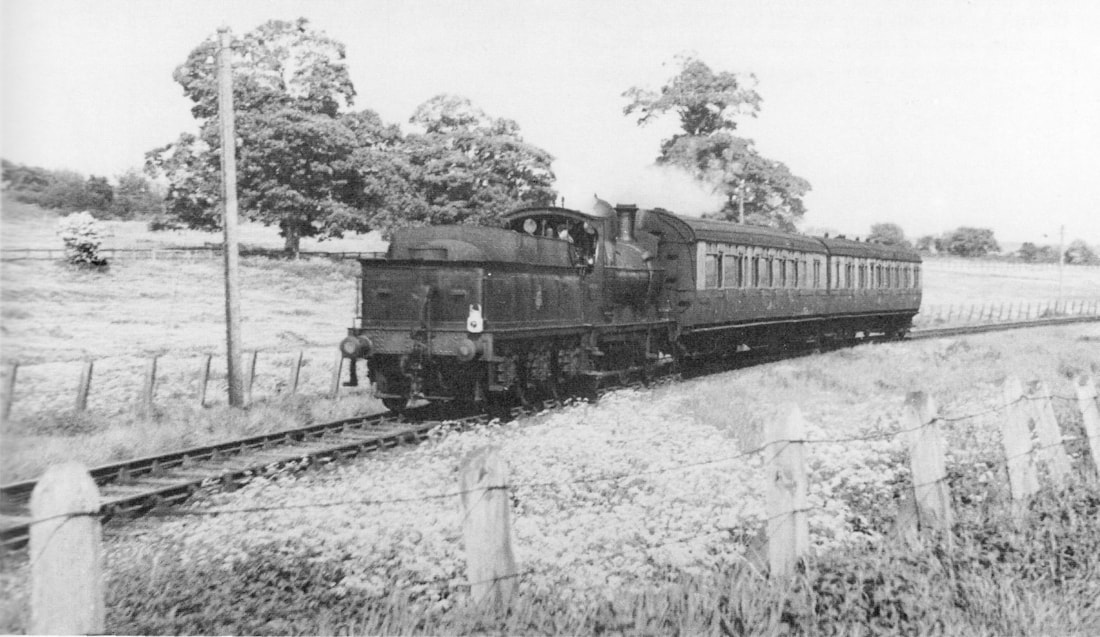 A Dean Goods approaches the crossing with a Lambourn train in the summer of 1950. The Sunday train crews were officially supposed to open and close the gates themselves, but it became an accepted practice to wait for a member of the traffic department to arrive. 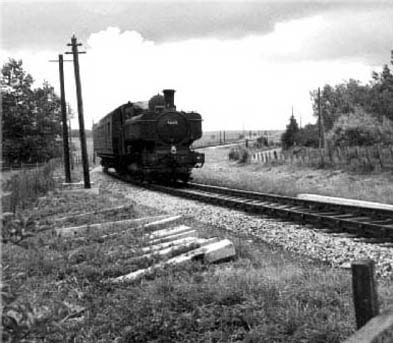 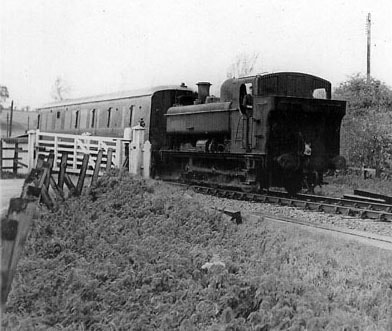 Opposing views of the crossing: (above left) approaching the crossing for Lambourn in 1959, and (above right) heading for Newbury, date unknown. Left-hand image by Reg Tarbox 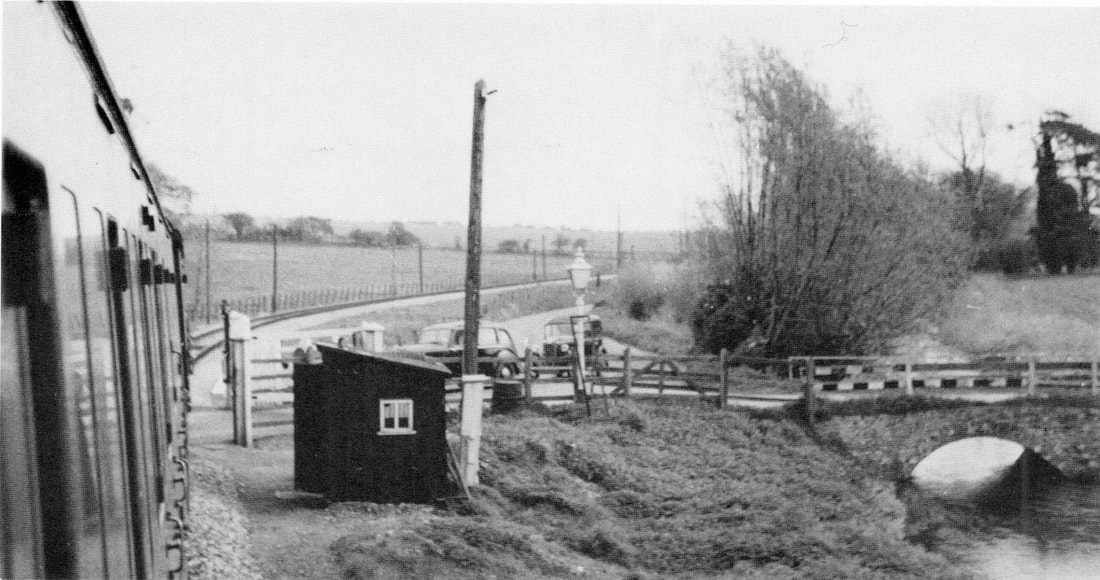 Crossing the crossing on a Newbury-bound train, with the hut and the river on the right. Exact date unknown, but the cars are certainly from the 1950s 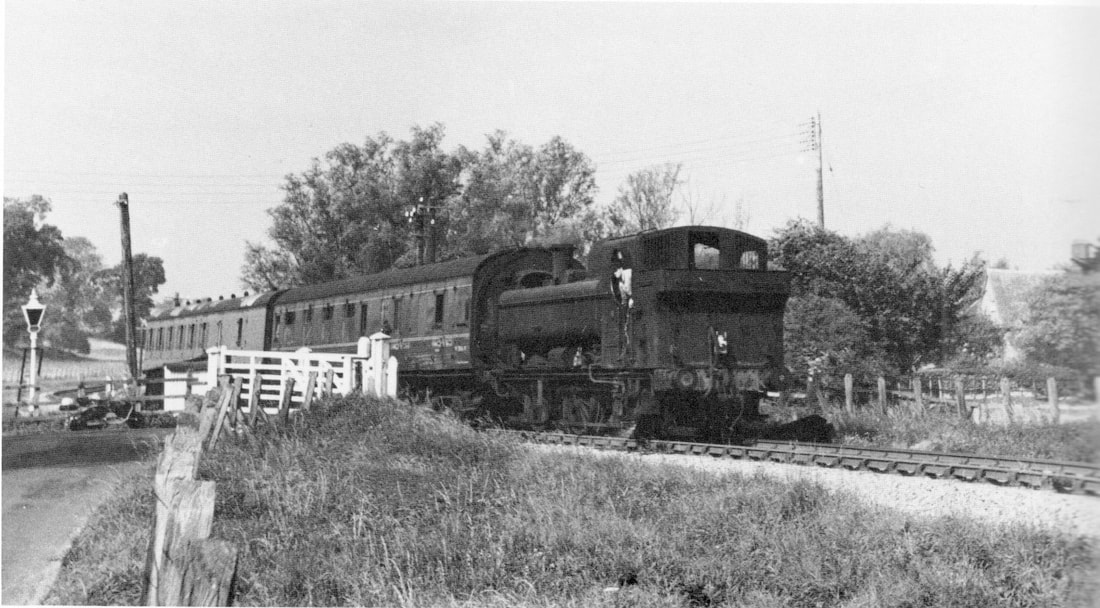 A two-coach train heading for Newbury in September 1959. Engine crews were instructed to warn of their impending arrival by sounding the whistle when nearing the crossing from either direction. It was customary for Lambourn to ring a bell in the hut to warn the crossing attendant that the train had left Lambourn and was on its way.