Passenger services on the LVR branch line ceased in January 1960. After that, the southern half of the line remained open for freight, chiefly to and from the Welford Airbase which was occupied by the US Air Force. The northern half of the line had long been torn up by the time we get to the end of our story.

Come March 1973, the USAF had started moving its supplies and munitions by road, its decison to stop using the railway saving it $100,000 a year. When its contract with British Railways ran out in 1973, the line reverted to the control of BR.

BR didn't want it, had no use for it. This meant only one thing: total closure. The LVR's days were well and truly numbered. But there was to be one last hurrah.
Before the track's removal, BR engineers inspected the remaining track and passed it as being safe to carry a public passenger train. It drew up plans for one final commemorative day of operations: "Lambourn Valley Last Day".

The date chosen was 3rd November 1973. A diesel multiple unit train was supplied consisting of three three-car sets. Four trips were made up to Welford Park and different coloured tickets were issued for each train journey. A massive 1,997 passenger journeys were logged throughout the day - probably (and this is sheer guesswork) around the same number as those who travelled on the line in the last full year of operation in 1960.
A further set of images from that special day in 1973 has come to light. Taken by railway photographer David Canning, the negatives were discovered by Peter Brown who sent them to us, for which action thanks are owed. 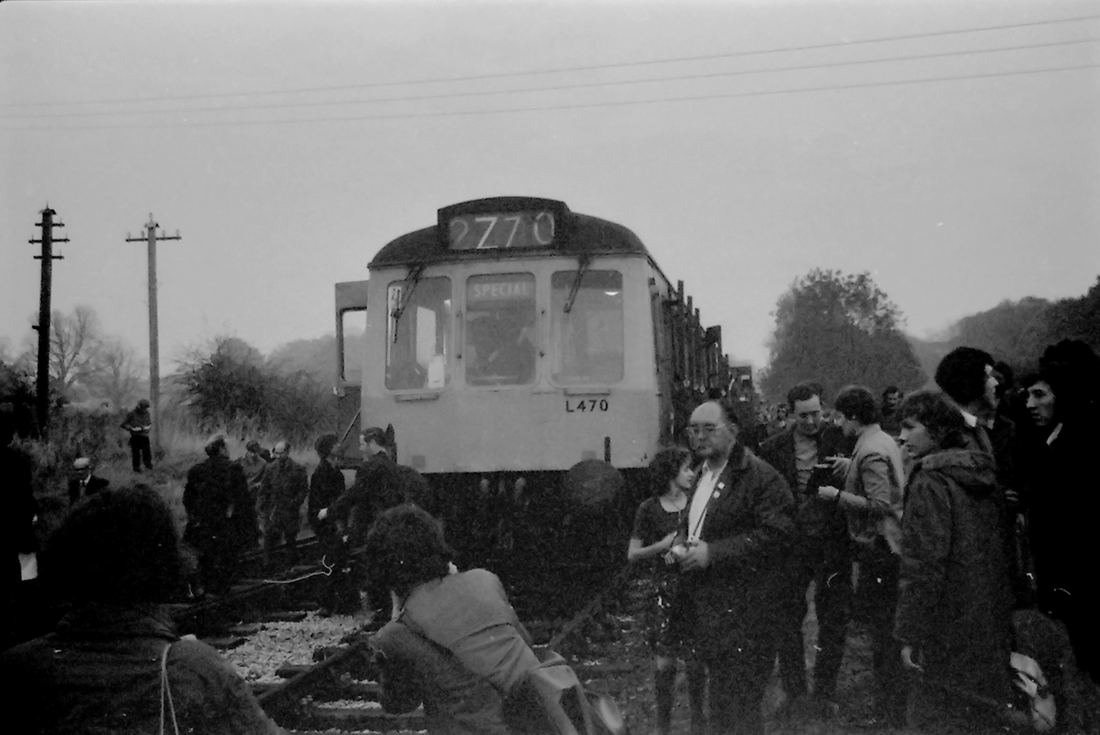 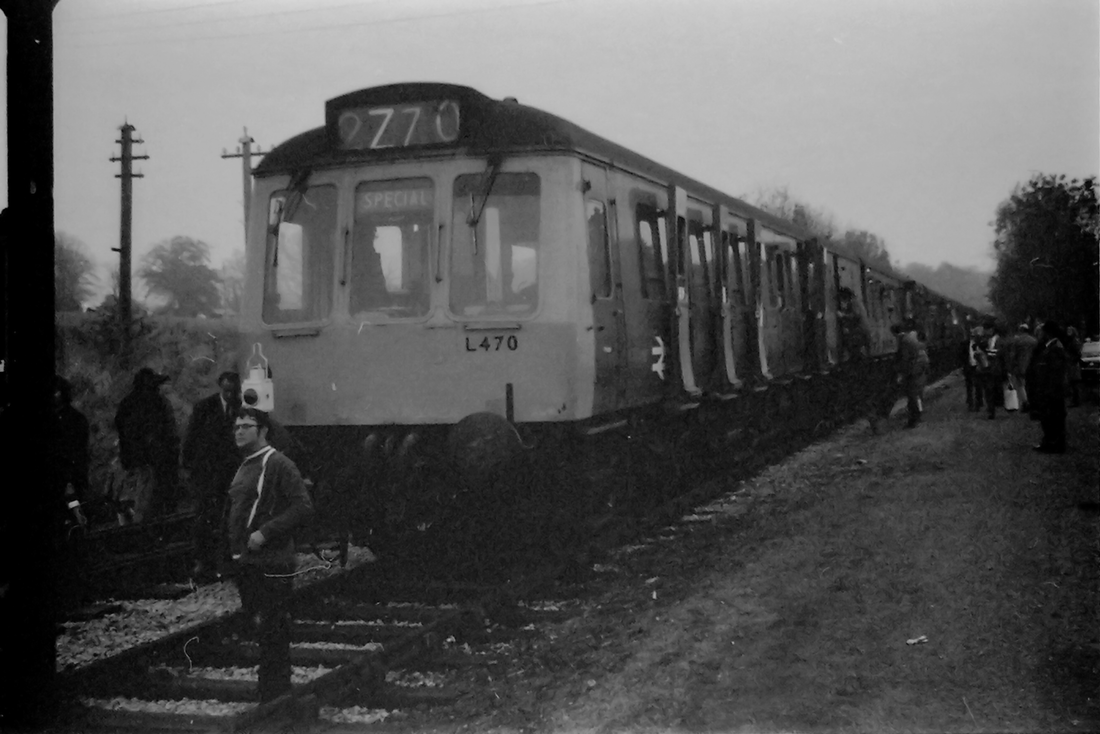 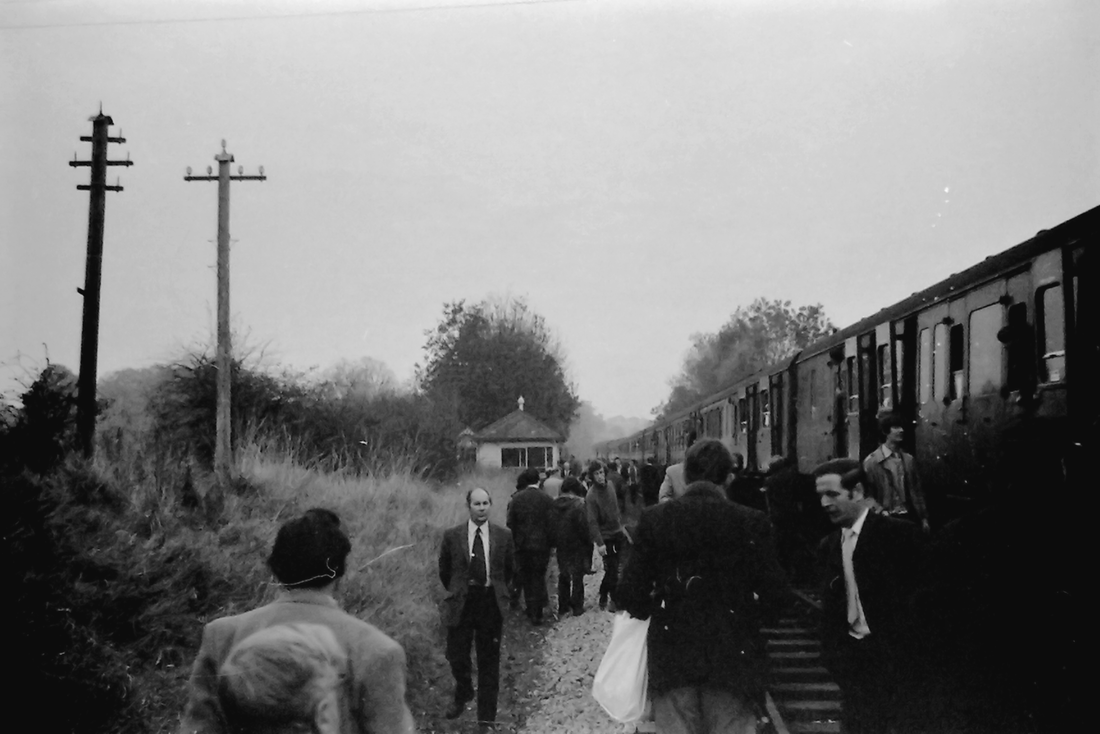