Above: Boxford in 1951. The goods vehicle crossing (see below) had long gone by the time this photograph was taken, leaving just the foot crossing. Milk traffic was now in the domain of the road hauliers and had completely disappeared from the railway. Photo:  J.H Moss

Heading in the down direction from Newbury, Boxford station was the first stop to be equipped with a small goods siding. This siding took the form of a passing loop, i.e, connected at both ends. Unlike Stockcross and Bagnor, further down the line, Boxford station was very close to the village of Boxford. Like all other LVR stations, passenger facilities were sparse. Public access consisted of a basic cinder crossing that led from the goods yard to the ramp at the Newbury end of the platform. To the rear of the station there existed a steep embankment that dropped away quite sharply, ruling out any form of legitimate access from that direction. 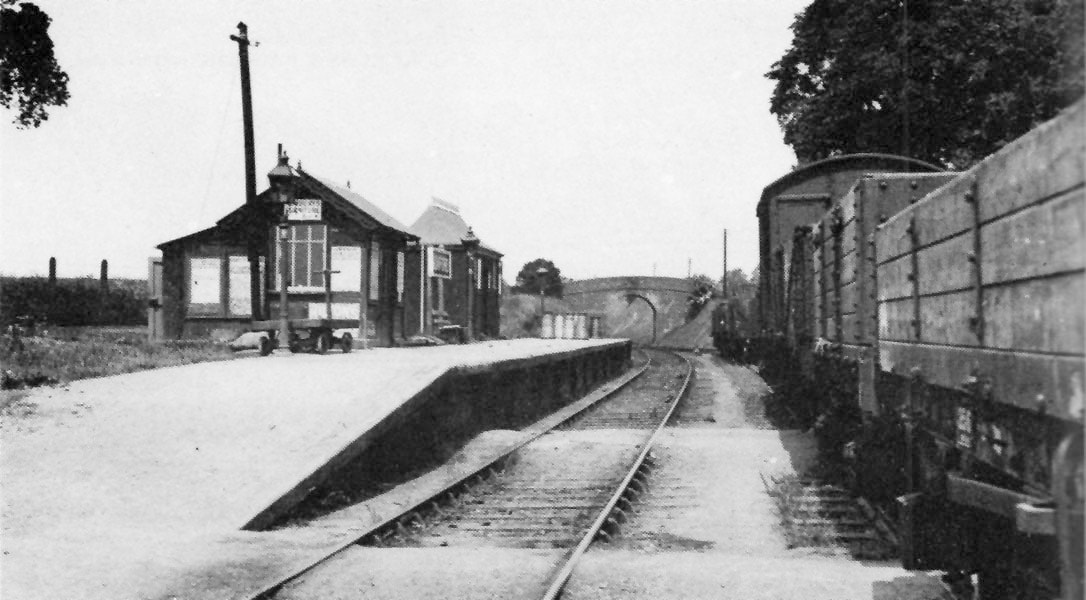 Looking towards Lambourn, early 1920s. The first building on the platform was the LVR-supplied wooden office, at the rear of which was a small lean-to storeroom. In 1908, the Board of Trade had approved plans for the partial reconstruction of the station, including lengthening the platform by some 30 feet and raising it to standard height. The siding length was increased to accommodate up to nineteen wagons, and of course, the regulation GWR pagoda was constructed next to the original office. The nearer of the two cinder crossings in the above picture is the aforementioned passenger foot crossing. The further one enabled road vehicles to reverse up to the platform edge in order to make loading and unloading operations easier.
During the independent days of the LVR, the station was looked after in the usual fashion by a lad porter. But in line with the other larger stations, the GWR upgraded the position to that of a Class 1 porter. Here at Boxford, he was also required to undertake the free delivery and collection of small parcels within a half mile radius of the station on a GWR-supplied pedal cycle. 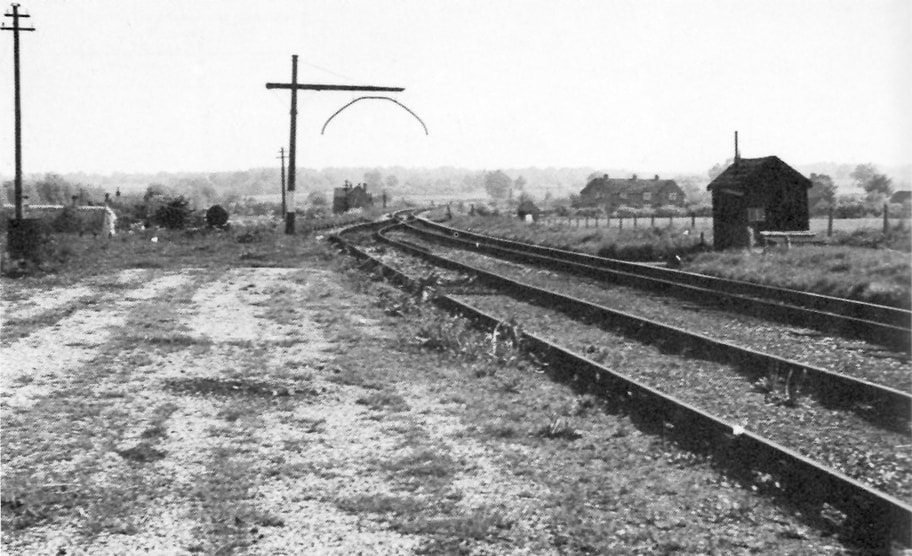 The south end of the station, looking towards Newbury. The black hut on the right is for the permanent way gang and housed equipment required for the safe and uninterrupted operation of the line. Equipment for dealing with snow and ice in the winter months would also be stored here. The line dropped away on a gradient of 1 in 82 through the station, then out onto the embankment and away to Stockcross. Centre left is a standard-height loading gauge.
Initially, senders of goods had to deliver all outgoing items to the station themselves. The goods in question would have been in the form of quite sizable quantities of corn, barley, hay, straw, timber, milk and eggs. In later years a local carrier, probably one of the coal merchants, took on the contract for collecting this type of produce direct from the farms. As a result of the introduction of the GWR Country Lorry Service from Newbury however, the contract was short lived. Given the rural nature of this small station, the amount of traffic handled was impressive and accounted for a high percentage of the receipts for the branch. 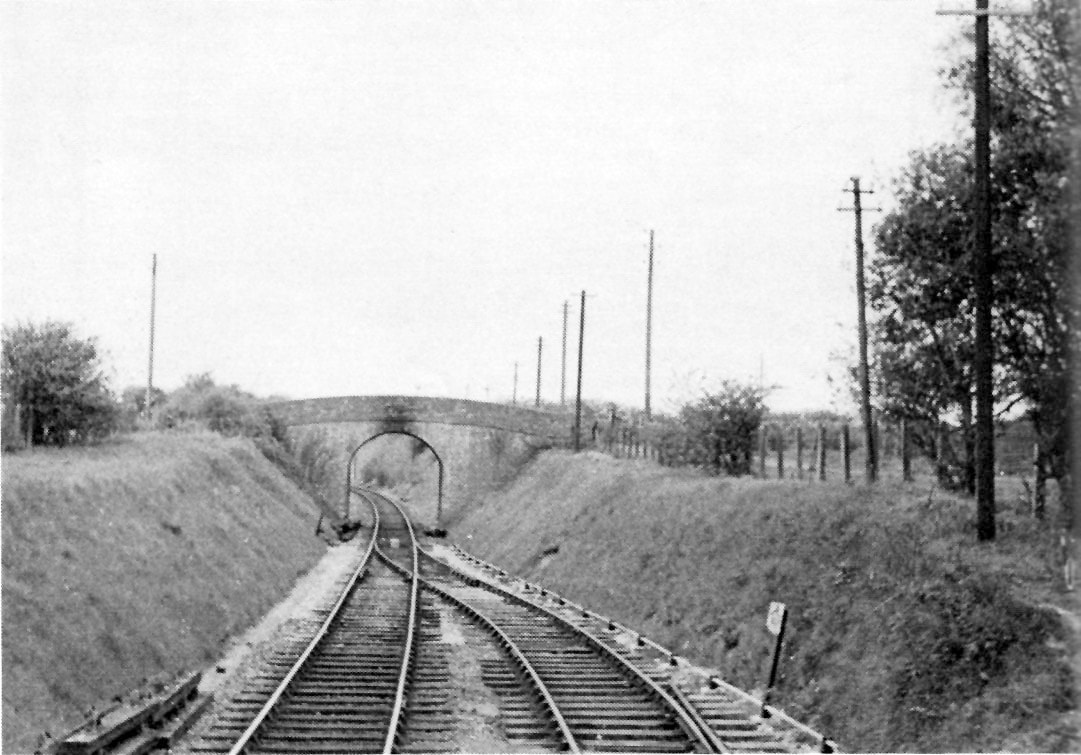 Looking towards Lambourn. The railway continued on through a cutting to Welford Park. The open-air ground frame controlling the north end turnout is just visible to the left of the cutting with a single tongue catch point in the siding alongside the mile post. 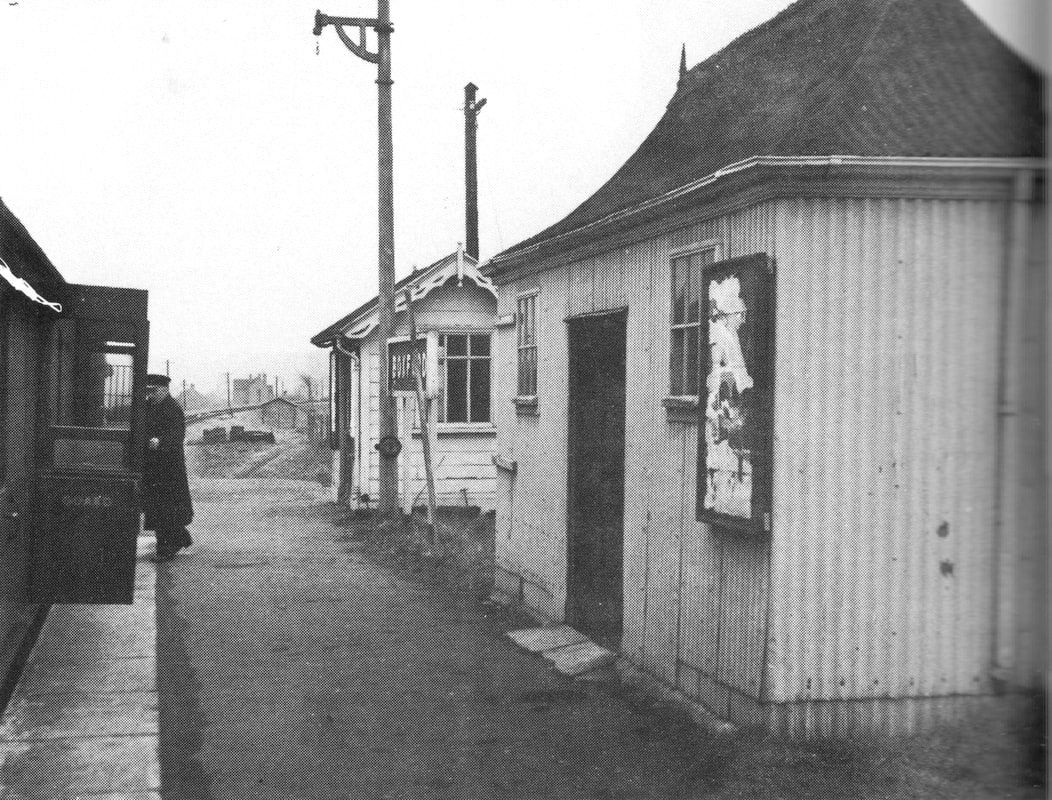 The guard closes the doors of the Hawksworth coach on 12 December 1959, just days before closure to passenger traffic. The pagoda hut shows its detail and do the lamp hook and ratchet post for raising hosting the oil lamps. Photo: Chris Gammell 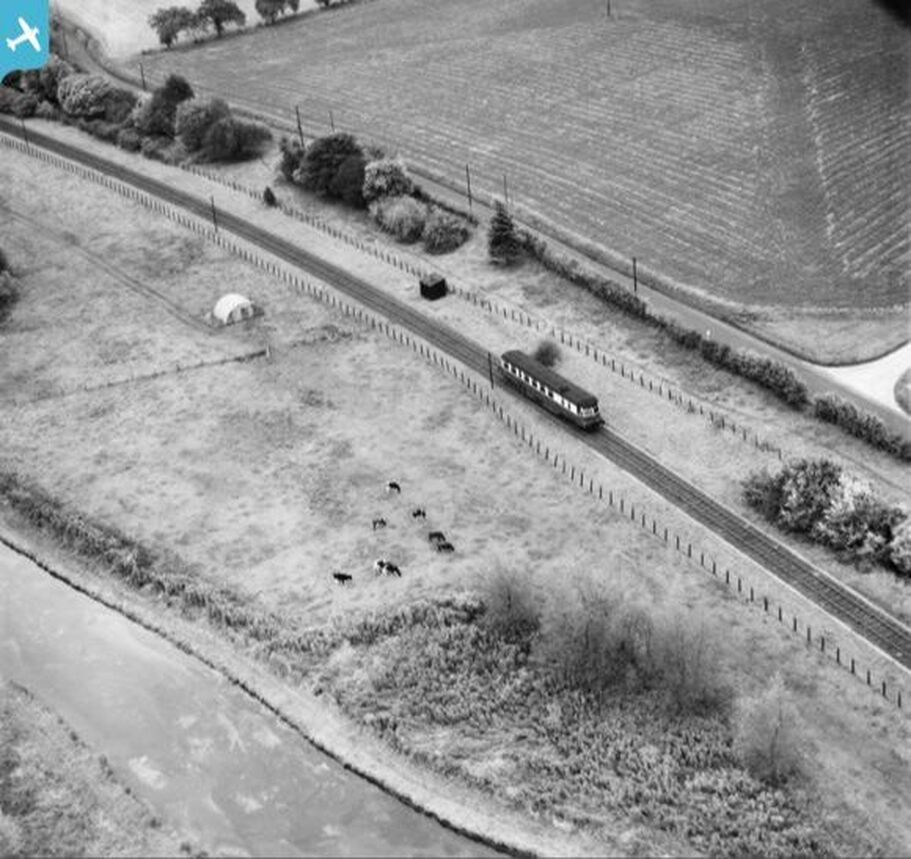 A railcar between Boxford and Stockcross & Bagnor in 1953. Image by Historic England: http://www.britainfromabove.org.uk/image/eaw052879 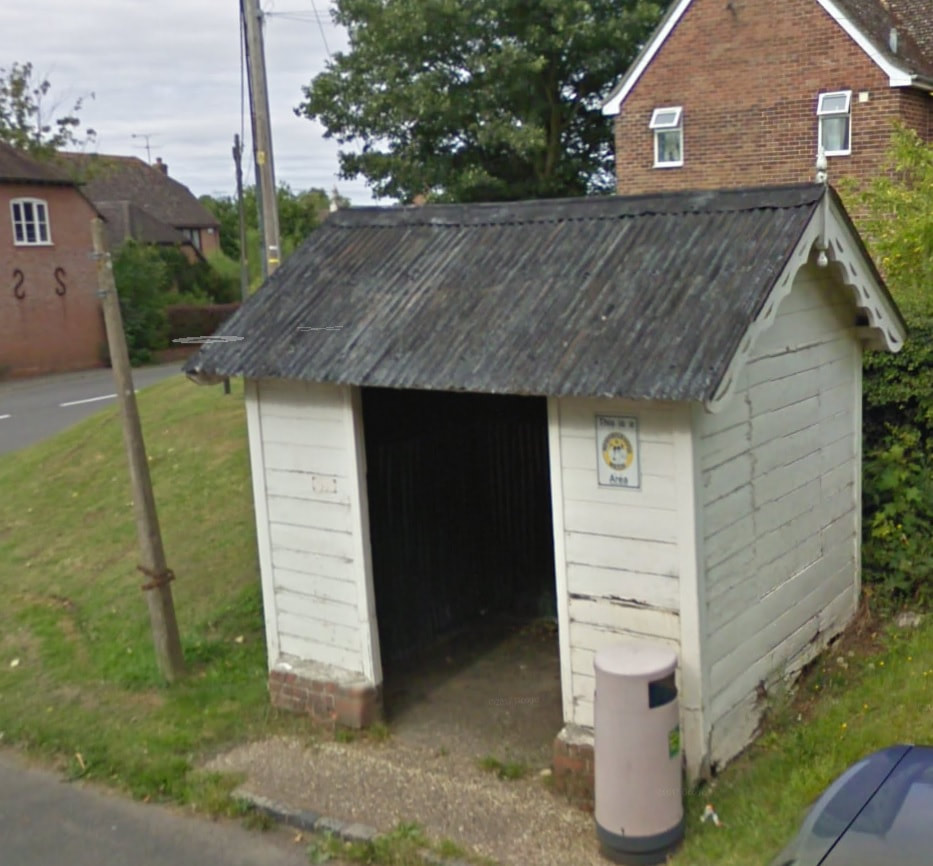 The original LVR shelter survives as a bus shelter in the village of Boxford.
The above was true until February 2020, when the shelter was removed. The Boxford Parish Council Clerk reported on the Boxford local website:
You may have noticed that after months and months of preparation the Boxford Railway Shelter has now been taken away. We are pleased to report that it has gone to the Restoration & Archiving Trust (charity no. 1083582) who are responsible for saving many historic railway buildings and locating them on the Gloucester Warwickshire Railway. The Trust covered all the costs of the collection and will be managing its restoration.

This is a far better outcome than watching its condition continue to deteriorate. We look forward to seeing photos of the shelter restored back to its former glory, and located where it will be looked after for many years to come. I will share the photos when we get them.

The shelter's removal was documented by Boxford local Susan Mason, to whom we are indebted for these photos. The shelter is clearly not in a great state, so we hope to be able to report on its condition after restoration.